The blizzard that hit Chicago in January 1979 blanketed the city with 20 inches of snow. It also changed city policies on street parking and led to the towing of tens of thousands of cars –  including some tows that a WBEZ data analysis suggest may not be necessary.

The storm crippled the city, and angry residents voted out Mayor Michael Bilandic in the Democratic primary a month later. The next year, new Mayor Jane Byrne enacted two highly-controversial parking bans aimed to prepare the city for the next blizzard.

Since then — and for 36 years running — some of Chicago’s arterial roads have been off-limits to motorists looking to park.

One of the policies — the overnight parking ban — has also led to millions of dollars in tickets and tighter parking along congested residential streets. City officials say the ban ensures that streets will be plowed and accessible to emergency vehicles.

But a closer look at three years of city data suggests the overnight parking ban is not necessary for snowplows to keep the streets clear — and towing patterns indicate the policy appears to be a large money maker.

The overnight parking ban prevents drivers from parking on nearly 100 miles of Chicago streets from 3 a.m. to 7 a.m. between Dec. 1 and April 1. Improperly parked vehicles can be ticketed, towed and impounded — whether there is snow or not.

The ban is different from the city’s 2-inch snow routes, which punish drivers for parking on most arterial streets when there is at least 2 inches of snow on the ground until removal operations are complete. This “2-inch rule,” which also allows the city to relocate cars when necessary, applies year round.

In 2015, more than 9,000 vehicles were towed for flouting the overnight ban. The owners pay a $150 towing fee and a $20 per day storage fee, including for the day the vehicle was towed. Last year alone, this cost motorists more than $1.6 million in towing and storage fees. And that doesn’t even count the $60 tickets many – but not all – drivers receive in the mail.

Several Midwestern cities such as Des Moines and Minneapolis — both no strangers to snow — do not have overnight parking bans, so why does Chicago? City officials contend the ban allows plows to clear the roads without parked vehicles in the way.

“Our goal is to ensure that the main arterial routes are always clear. If they’re not clear, your emergency vehicles cannot get through. Your bus traffic cannot get through,” said Charles L. Williams, commissioner of the city’s Department of Streets and Sanitation.

But a WBEZ analysis found thousands of cars have been towed on days when it doesn’t snow. And when it does, plows have cleared the streets with just the 2-inch rule.

In fact, city data across multiple years tells it: You’re least likely to be towed on days when it actually snows.

In 2015, the city towed an average of 75 vehicles per day during the 121-day ban. But it only snowed on 39 days, ranging from flurries to heavy snowfall. Plows ran just 25 of those days.

Yet, the machinery plows on. In January 2013, Chicago saw an unusual warm spell with a recording-breaking 60-degree temperature. It snowed only three days that month, and just barely, with flurries narrowly able to bring an inch of snow. The city towed 2,217 cars during that month.

As if these long-term patterns weren’t enough, blizzards that occurred outside the overnight-ban period suggest the city can keep traffic moving with the help of the 2-inch rule alone.

Last year, the largest November snowfall in 120 years dropped nearly a foot of snow on the city over the course of three days. The overnight parking ban had yet to take effect, yet trucks from the Department of Streets and Sanitation plowed the streets.

The city was so confident in its ability to keep streets clear after the hard, untimely snowfall that the Department of Streets and Sanitation reassured residents the Magnificent Mile parade on Michigan Avenue would go on as planned.

And it did — without the help of the overnight ban, which was days away from starting.

Ald. Scott Waguespack, 32nd Ward, said the city’s Office of Emergency Management and Communications works with Streets and Sanitation to dispatch plows, which can be tracked in real time.

“Everything you need is at your fingertips, and ... other cities have literally moved forward decades,” he said.

Some experts agree. James Campbell, a University of Missouri-St. Louis professor who studied plowing logistics, said Montreal does not have a blanket winter parking ban and instead notifies residents prior to plowing.

Campbell said meteorologists can now accurately predict when it will start snowing as late as 15 minutes before snowfall begins using “nowcasting.” An app notification or text message could then alert citizens within seconds.

For Chicago’s part, Streets and Sanitation commissioner Williams says the city uses contemporary tools, such as real-time plow-tracking, alongside its standing 2-inch rule. But, he says, the city wants to use both in concert with an overnight parking ban.

“It’s critical. You cannot go out at 3 a.m. and try and get someone to move a car,” Williams said. “The car has to be moved because if we do have a storm ... the only way we can keep those main arterial streets clear is if we have this ban in place.”

As an example, he points to the blizzard that took place on Super Bowl Sunday, Feb. 1, 2015. The storm gathered throughout the day and — though plows got an early start — the city was walloped with 20 inches of snow overnight.

“And yet, that Monday morning, if you could get to a main arterial street you got to work because the buses were moving because we have this ban in place,“ he said.

A relevant detail: The city towed 40 cars early that Monday morning, but it actually towed more than twice as many — 108 — in the early hours Saturday morning, a day before the snow actually began to fall.

The high cost of plowing forward

Campbell, the professor who studies plowing logistics, says even if there is some benefit to the overnight parking ban, it is unclear whether the benefits are worth the cost to residents.

Rogers Park resident Risha Hill is just one of thousands of car owners who’ve been hit by the policy. She said her Christmas plans two years ago were disrupted when her car was towed downtown.

“I was supposed to drive home on (December) 23rd, and that threw a serious wrench into those holiday plans,” she said. “That was Christmas money.”

Hill said getting towed was one reason she ultimately decided to get rid of her car.

“Driving and parking, particularly parking in Chicago, is hell,” she said.

A Streets and Sanitation spokeswoman says as drivers remember to stop parking in the restricted areas, the city is often able to clear all cars from the routes every day – usually around the end of December.

However, more vehicles are towed on weekends. Here is the 2015 breakdown:

“What I would suggest that occurs there is that you will have a lot of folks that go out and visit an establishment such as a facility or a place of enjoyment where they’re enjoying a few cocktails,” he said. “They forget about the time, and they forget about the fact that between 3 a.m. and 7 a.m., regardless of snow, there are certain routes in the city you cannot park on.”

But despite the fines associated with towing cars, the city only got about $62 per vehicle in 2015 before the parking tickets were mailed.

United Road Towing, which contracts with the city, got $114.71 per towed vehicle last year.

The city, then, paid $1,091,396 for the 9,117 cars towed during the overnight ban last year and collected only 35 percent of the revenue generated from the towing company.

The unnecessary overnight towing isn’t just an inconvenience – it could get even more expensive in the future.

According to the contract, the city’s payments to the vendor increases to $131.71 by 2020. The Department of Streets and Sanitation could not say if that will lead to increased costs for drivers.

It wasn’t always this way

In 1979, mayoral candidate Byrne campaigned on a snow preparedness plan dubbed Snow Plan ‘80. It outlined the overnight parking restrictions — and introduced the controversial ticket-and-tow system that would to be enforced regardless of weather conditions. 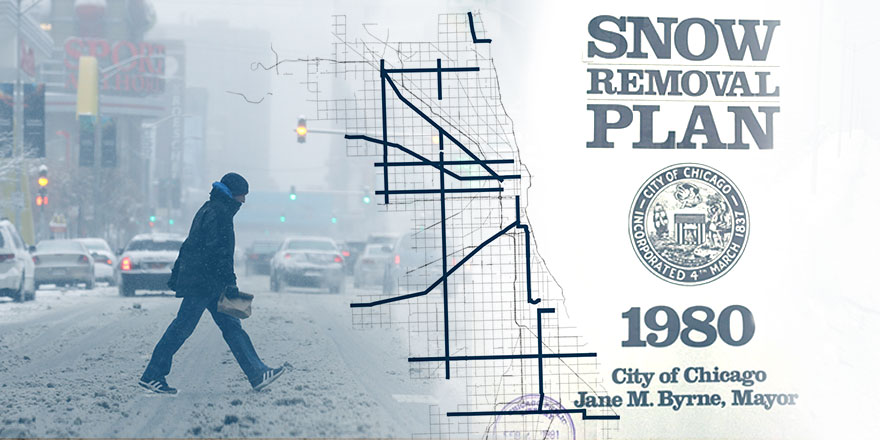 Byrne established a grid of major arterial roads that would be the focus of snow removal. Media reports from the time said the streets were selected after traffic studies, and included roads with police stations, firehouses and CTA routes.

The grid has changed over time, but the city maintains it is vital to keeping mass transit working and giving passage to emergency vehicles.

Former Ald. Helen Shiller, who represented Chicago’s 46th Ward from 1987 to 2011, fought the city to get rid of the overnight ban in her North Side ward, which included portions of Foster Avenue, Sheridan Road, Irving Park Road and Lake Shore Drive.

During the 1990s, she had a portion of the grid removed from the system — and Chicago survived.

It also created an elephant in the room: If it was fine for the 46th Ward, why not other parts of the city? 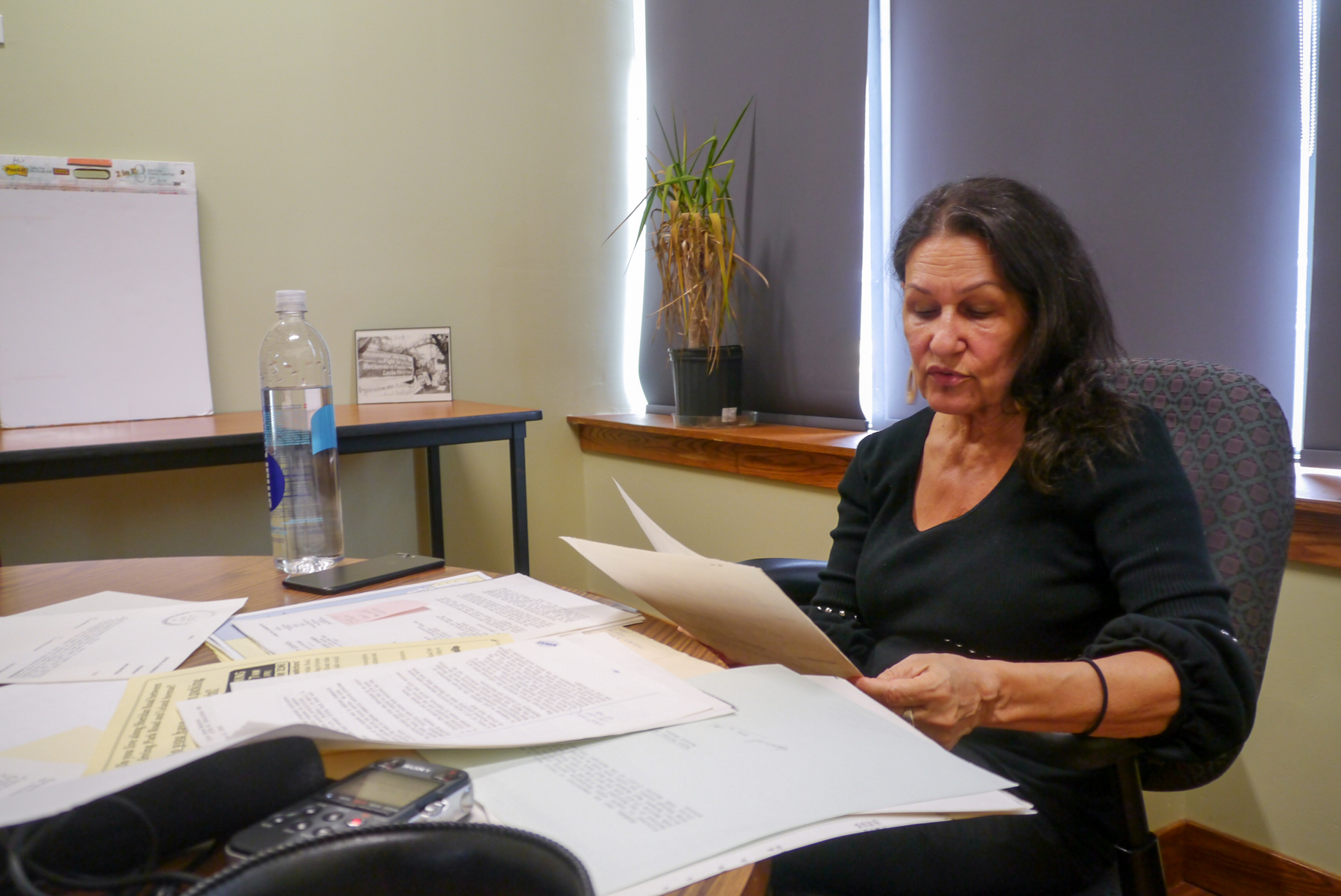 “Any institution that exists always keeps what they have in place if it’s controversial because they don’t want to get blamed if something else doesn’t work,” she said.

Shiller wasn’t the last alderman to suggest changes to the system.

In 2014, six aldermen sought to remove the ban or study its effectiveness.

“What we were seeing was a lot of people concerned about getting their cars towed, or saw hundreds of spaces when there was no snow on the ground,” Waguespack said.

Shiller remains adamant the ban should be removed.

“It doesn’t make any sense at all,” she said. “We should just get rid of it, at least in that way make this city a little more affordable.”

How We Made This

We sifted through millions of rows of city data, government records and other documents obtained through several Freedom of Information Act requests.

We mapped and paired the records against historic weather data as well as the GPS traces of the snow plows themselves, made available from clearstreets.org, a website that tracks the city’s plow trucks and publishes the historical GPS data. That allowed us to determine exactly when and where cars are towed or ticketed in relation to the weather conditions and whether or not the plows were on the streets at that time.